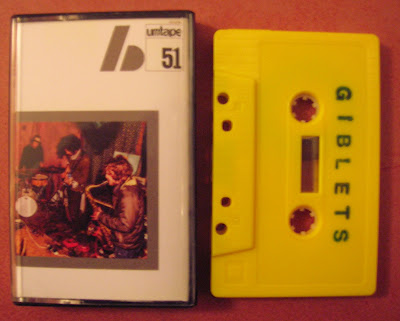 In the Autumn of 2014 the Evil Usses received a telegram at their Bristol headquarters from Professor David Pepper in Fishguard. The details were oblique but the mission was clear - travel to the end of time and try to capture the disintegrating fabric of reality on the Atlantic edge, document the ultimate death and re-birth of the Welsh dream and save the Princesses. The band enlisted the services of renowned cartographer and natural historian Roberto Oggiano, who by chance had recently recovered a Little Tykes cassette recorder from the depths of the Marianas trench, a special tool for the recycling of time, myth and music.
For six days they toiled across the mountains and moors, trailers loaded with amplifiers and victual provisions. Fortuitously, outside Abergavenny they encountered the roving alchemist Mattheo Bortone and his travelling pharmacy, who supplied them with the rare finger fungus that would make it possible for them to survive the extreme habitats of Fishguard.
As they neared the far western coastline, a spectral fog enveloped the convoy, causing great confusion and unprecedented distortions. The last thing they heard was the cry of Professor Pepper's bells from the tower of the Council of Wizards, a bleak refrain in the night, a desperate wail of electronic organ, the crumbling of the Strumble Head, a thousand seagulls in phased revolt.
Eighteen months later, a cassette tape was hand delivered to the Evil HQ by messengers unknown; the band claim no memory of it's creation. T h i s   i s   G I B L E T S.